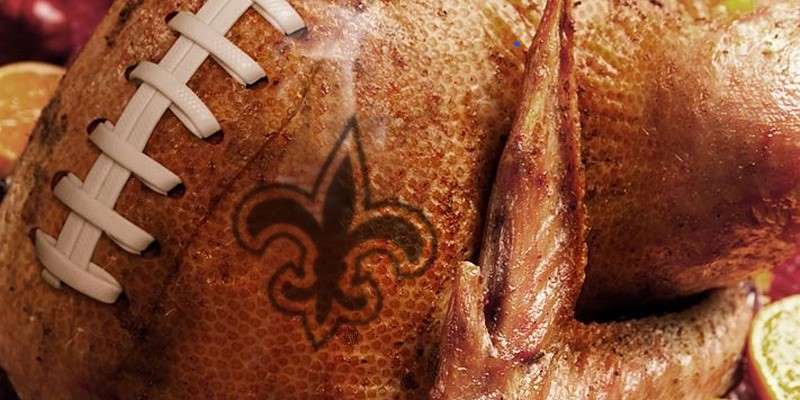 Turkey Day is right around the corner, and that means football – and football betting!

Of course, when the NFL sets its schedule every offseason, the league typically tries to ensure that the Turkey Day slate won’t feature any actual turkeys on the field.

Sometimes that works out, and sometimes it doesn’t.

In reality, it’s usually pretty rare that all three games on the holiday slate will be blockbusters between league-leading superpowers. After all, try as the schedulers might – they, like sports bettors can all attest – understand that past performances do not guarantee future successes.

So far, barring a few major turnarounds over the next month, such appears to be the case this season.

Unfortunately, it’s still far too early to get Thanksgiving betting lines for these three contests. That said, you can look at how each team is trending on the Super Bowl futures boards to get an idea of where things stand.

While both teams could have winning records going into their November 28 Thanksgiving football matchup, that seems unlikely to happen.

Between now and then, the Bears play the Chargers, Eagles, Lions, Rams, and Giants, and they could easily drop three of those five contests, putting them at 5-6.

Meanwhile, the Lions play the Giants, Raiders, Bears, Cowboys, and Redskins in the lead-up to Thursday’s big game, where they might be sitting at 4-6-1.

This matchup ought to be better than the first game of the day. The Bills went 6-10 in 2018, but this season, they’re sitting at 5-1 and have arguably the best defensive unit in the game not coached by Bill Belichick. The Cowboys, who went 10-6 last year, have regressed a bit, but they’re still a strong team with a prideful Thanksgiving record, and they’re leading the NFC East this season at 4-3.

By the time the two clubs meat on Fat Thursday, they should both be well above .500. Before their November 28 meeting, the Bills will play the Eagles, Redskins, Browns, Dolphins, and Broncos, and they could sweep the lot of them. But even with a loss in the mix, by Thanksgiving, Buffalo could easily be 10-2.

The Cowboys, on the other side of the equation, will play the Giants, Vikings, Lions, and Patriots, and they’re liable to split, putting them at 6-5 in time for their showdown with Buffalo.

This is the primetime Thanksgiving game, and the NFL figured both teams would be bona fide powerhouses coming into the matchup. While the Saints are building on their 13-3 2018 record with more of the same at 6-1 to start this season, the Falcons have – like birds are wont to do – laid an egg so far, going 1-6 (after a less terrible 7-9 2018 campaign).

Before they meet, the Saints will play the Cardinals, Falcons, Buccaneers, and Panthers, which means there’s a strong chance they’ll go into their rematch with the Dirty Birds at 10-1.

The Falcons’ schedule between now and Turkey Day is less forgiving, as they take on the Seahawks, Saints, Panthers, and Buccaneers. They might lose all these matchups, but even if they win half of them, they’ll still be 3-8.

So there you have it.

For bettors, of course, there will be plenty of intrigue in all these matchups, and legal offshore sportsbooks will have plenty of lines, alternate lines, and props to make the games fun. But for fans outside of these teams’ immediate markets, the actual football on the field could be a bigger stinker than the family bathroom after Thanksgiving dinner.

From a competitive perspective, the best game on the NFL Thanksgiving schedule will probably be the Bills-Cowboys contest. Nevertheless, with all the legal sports betting cropping up around the country – and with the host of top-rated online sportsbooks available to bettors nationwide – there remains plenty to be thankful for in 2019.

Not the least of which, incidentally, is that greasy channel changer.