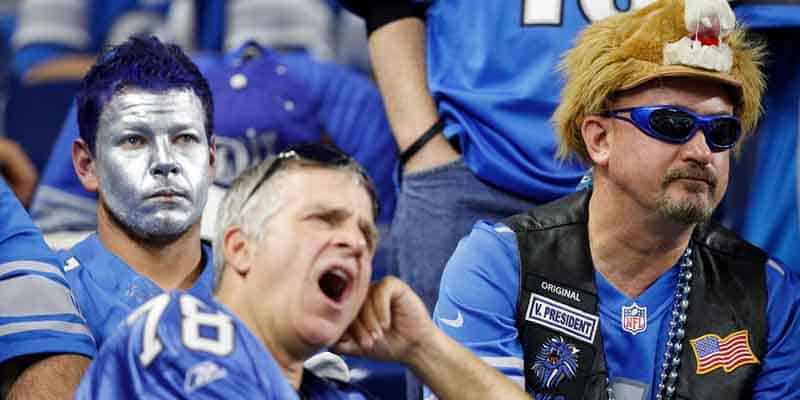 The Chicago Bears have been earmarked on the schedule of the Detroit Lions for weeks now, as it appears to fans and NFL oddsmakers to be the franchise with the most potential to provide their first win of the year.

NFL prop bets have predicted that the Bears are the most likely team to lose to the Lions, but online Thanksgiving Day football betting sites have produced lines that favor Chicago by a spread of at least 3.5 points.

The Bears will be at near full strength when they engage the Lions on Thursday in the day’s first game, but Detroit will be without starter Jared Goff at quarterback as he is recovering from an oblique injury.

In place of Goff will be Tim Boyle, a 4th year QB out of Eastern Kentucky who will be making the first start of his NFL career. This is his first year with the team after spending the last three seasons with the Green Bay Packers

Normally, Boyle’s inexperience would be a recipe for disaster, but when a franchise hasn’t won any games after 11 weeks of play, refreshing the starting roster will do two things that are extremely beneficial.

The first is that the Bears have incredibly limited game film on Boyle and he will be nearly impossible to accurately prepare for. While Tim Boyle is not expected to become the next Joe Montana, Thursday’s game against the Bears should allow him open throwing lanes for at least the first half.

The second reason is that prior starting lineup combinations have experienced such low levels of success that a completely new component under center is bound to at least cause an uptick in production, even if it is a slight one.

For those that are interested in betting on the Lions on Thanksgiving and laying some action on them to win, we recommend wagering on the point spread as opposed to the moneyline.

That’s because the moneyline for Detroit to beat the Bears is so close to even that bets on the spread are more advantageous, and more importantly, do not require the Lions to win.

For gamblers that merely require solid action as opposed to competitive gameplay, the following NFL prop bet could be of interest.

Betting On The First Score Of The Lions Bears Game

The above line for NFL betting will net at least $3 per dollar wagered if the first score of the game is a field goal and the correct team is selected.

If the first score of the game is not a touchdown or a field goal, $50+ can be gained by betting a dollar on that outcome if you pick the right team. That basically means that the first score would be a safety or a single point awarded by a forfeit to the winning team.

While that outcome is not likely, it is bound to happen sooner or later. Why not be that one savvy bettor that laid action at the right time?