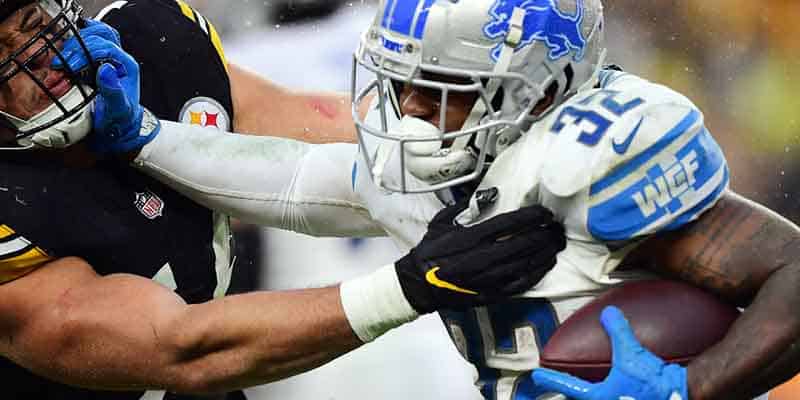 Ravens quarterback Lamar Jackson ended up contracting COVID-19, and the Thanksgiving NFL game was not completed until the following Wednesday. As November 25, 2021 drew closer, gamblers began betting on the Detroit Lions, or rather, on the first team that they would beat this season.

The team expected to compete the most closely with the Lions that remained on the schedule were the Chicago Bears who they play this Thanksgiving Day, and technically, bets placed on Detroit’s first victory coming a week from this Thursday are still active.

That’s because the Lions have still yet to win a game, despite their 16-16 tie with the Steelers yesterday afternoon.

The tie brings the Detroit Lions’ record up to 0-9-1, and while they still have the potential to finish without a win, they will not become the first NFL franchise to finish with a 0-17 record (in the very first year that the league transitioned to a 17-game schedule).

NFL betting sites still have props on the board accepting action on the Lions first win of 2021-22, and the below line reveals that the most likely candidates are the Bears and the Cleveland Browns.

If the Bears or the Browns are able to survive the Lion’s attack, the most likely outcome is that Detroit will indeed finish with a 0-16-1 win-loss record. That will secure the Lions the first overall selection in the 2022 NFL Draft where they’ll likely pick their next franchise QB.

The Cleveland Browns are suffering from mid-season struggles and have now released wide receiver Odell Beckham, Jr. before completing his third year with the team.

After suffering an embarrassing 45-7 defeat to the New England Patriots over the weekend, the Browns may have what it takes to deliver the first dub of 2021-22 to the Lions and their fanbase.

The Browns possess a roster full of highly talented players, as they have for the past two seasons, yet still produce mediocre results that fall well short of expectations.

That’s the story of the Cleveland Browns in a nutshell – expectations that were never realized. They’ve not even been to Super Bowl before, so they’re the perfect NFL team to sacrifice themselves to the Detroit Lions, even from a historical perspective.

The Browns are so inconsistent that betting on them to win or lose is a risky proposition, however, the Bears have been routinely lousy and appear unable to beat a mediocre or better team.

Online Thanksgiving football betting sites will keep the above prop bet open for a few more weeks, but it will likely be removed once the outcomes have been reduced to three or four options. Bet now or risk losing an opportunity to profit off of the Lions’ Thanksgiving futility.