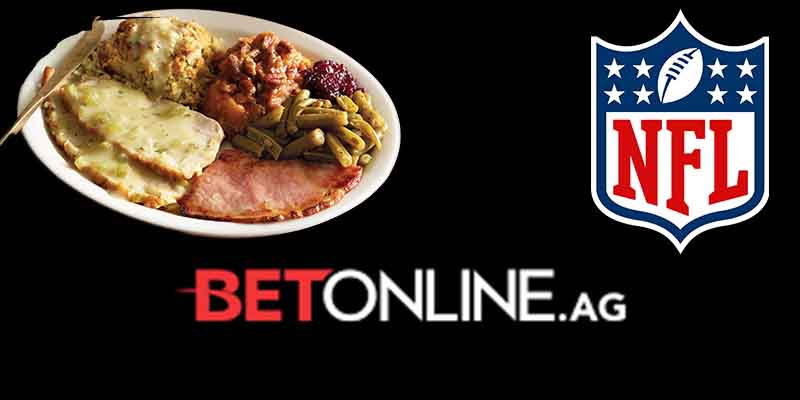 Since COVID-19 first began to impact the operations of the National Football League, NFL betting sites have been hesitant to post game lines for any contests occurring after the upcoming weekend.

That trend has continued into the 2021-22 NFL season as lines for Thanksgiving football games have been absent from the boards… until now.

Lines for betting on the Detroit Lions, Dallas Cowboys, as well as the Thanksgiving edition of Thursday Night Football between the Buffalo Bills and the New Orleans Saints are now ripe for the wagering, although moneyline odds for winners have yet to be posted.

As expected, the Chicago Bears are favored to defeat the Lions in Detroit, but the margin of 3 points indicates a close matchup that could go either way.

Whether the game is competitive or not, neither team offers much to pull the attention away from an early afternoon Thanksgiving dinner table. At least the prospect of a close contest allows for solid excuse building for a sojourn into the living room to sit in front of the television.

The afternoon’s second game between the Dallas Cowboys and the Las Vegas Raiders predicts that Dak Prescott and his potent offensive unit will win by a touchdown.

While Dallas appears to be finally fulfilling the promise of last year’s optimism, betting on the Cowboys is still a very risky proposition regardless of which team they are facing.

Again, the NFL moneyline odds are missing from this mid-afternoon Thanksgiving game line, but we expect them to be posted within the next 48 hours.

The final Thanksgiving day NFL game between the Buffalo Bills and the New Orleans Saints will have NFL Playoff seeding implications as both teams would be included in the postseason if the year ended today.

Buffalo is predicted to win by 4 on the road in the Mercedes Benz Superdome, with an over/under that suggests both teams will score in the range of 20 or more points.

The Saints have been trying to reinvent the wheel on offense following Jameis Winston’s season-ending injury, and for now, Trevor Siemian seems to be providing enough stability to keep their playoff hopes afloat.

Long-term Saints QB Taysom Hill is still waiting for his chance to earn the job full time, so it is unclear who the Thanksgiving day starter will be for New Orleans.

With any luck, next NFL season will be a return to normalcy in the realm of online sports betting in that lines for all 18 weeks will be produced in advance of opening weekend.

For now, these Wednesday prior to Thanksgiving NFL betting lines from BetOnline are likely the most advance notice turkey day football gamblers are likely to get.