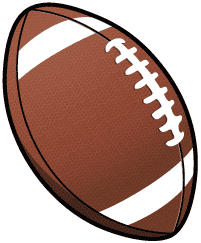 Football has long been a part of the American Thanksgiving tradition. There are three key games played every year on Thanksgiving Day for fans to enjoy and bettors to wager on. Trends are an important aspect of sports betting, and the NFL’s Thanksgiving tradition has some of its own. Out of the three games played, two are hosted by the Detroit Lions and Dallas Cowboys. The third game has no fixed opponents, allowing for some variance with the matchups.

Thanksgiving football games began as far back as the late 19th century when the sport was invented. It started out on the college level with Yale and Princeton starting the annual tradition in 1876. The University of Michigan also started playing games on Thanksgiving around the same time. The NFL, or at least what it was during the time, began hosting Thanksgiving games just after the turn of century. Teams (some now defunct) such as the Chicago Bears, Chicago Cardinals, Detroit Lions, Green Bay Packers, Pottsville Maroons, Buffalo All-Americans, Canton Bulldogs, Frankford Yellow Jackets and New York Giants made up the initial Thanksgiving matchups. The Pittsburgh Steelers and Philadelphia Eagles played during ‘Franksgiving’, or when President Franklin Roosevelt tried to move the holiday.  Even the All-American Football Conference and American Football League (both of which would eventually become part of the NFL) had their own Thanksgiving games.

The Detroit Lions home game fixture became commonplace in 1945, after the war—no games were held during WWII. Their opponents shifted each year until the league decided to run a series between the Lions and the Packers from 1953-1963. The Cowboys picked up their Thanksgiving Day place in 1966 and have played over the holiday ever since. Detroit always held the earlier time slot due to time constraints. The Cowboys were temporarily replaced by the St. Louis Cardinals in 1975 and 1977, but Dallas returned in 1978 because of their popularity as ‘America’s Team’.

2006 was the first year where a third game was held. This third matchup has no fixed opponents and teams rotate each year. Kansas City and Denver played in the Inaugural Thanksgiving triple-header. Detroit still hosts the early game and Dallas hosts the afternoon slot. The primetime slot is reserved for the game featuring randomized teams. Out of all the teams in the NFL, only the Jacksonville Jaguars have never featured in a Thanksgiving Day game. The Lions are the most successful franchise on NFL Thanksgiving Day football games with a total of 37 wins. The Cowboys hold the second most wins with 30. However, these two teams have had the most games played.

There are some broader historical trends to take note of before placing your Thanksgiving Day bet. One interesting phenomenon is that favored teams have been winning and covering at a pretty consistent rate. Since 1989, 64% of favorites have gone on to win their game. Recent years have been unkind to the favorites with a 43% win rate.

On the college level, Thanksgiving weekend means the end of the regular season. Most teams reserve their final game for their fiercest rivals. These rivalry matchups are some of the most exciting games of the season and are considered fan favorites. As previously mentioned, the Thanksgiving tradition started through college football. While most games take place during the weekend following Thanksgiving, the tradition remains the same.

Thanksgiving is a time for family, food and football. Fans of the sport get a generous serving of football action on both the college and professional level. The Lions and Cowboys will continue their hosting streak and Thanksgiving weekend will continue to pit the NCAA’s toughest rivals against each other. Football has become engrained in the Thanksgiving tradition and does not look to be going anywhere anytime soon.

Yale and Princeton are considered to be the first teams to inaugurate the Thanksgiving Day football tradition. They began the tradition back in 1876.

When Was The First Football Game Played On Thanksgiving?

The first college football Thanksgiving game is believed to have been played in 1876. While the NFL (as it exists today) was not founded until 1920, there are reports of games being played by former “professional” leagues. These leagues were typically comprised of regional circuits (The Ohio League, New York Pro Football League, etc.)

How Many Times Have The Lions Won On Thanksgiving Day?

The Detroit Lions have won 37 times on Thanksgiving Day games, the most wins held by any NFL team.

Which NFL Team Has The Second-Most Wins On Thanksgiving Day?

Which NFL Team Has Lost The Most Thanksgiving Day Games?

Interestingly enough, the Detroit Lions have lost the most games with a total of 38 losses. To be fair, they have been featured in the most Thanksgiving Day games.

How Many NFL Games Are There On Thanksgiving Day?

There are 3 different games held throughout Thanksgiving Day. The Detroit Lions host the early game, the Dallas Cowboys host the afternoon game and the primetime game is made up of two randomized teams each year.