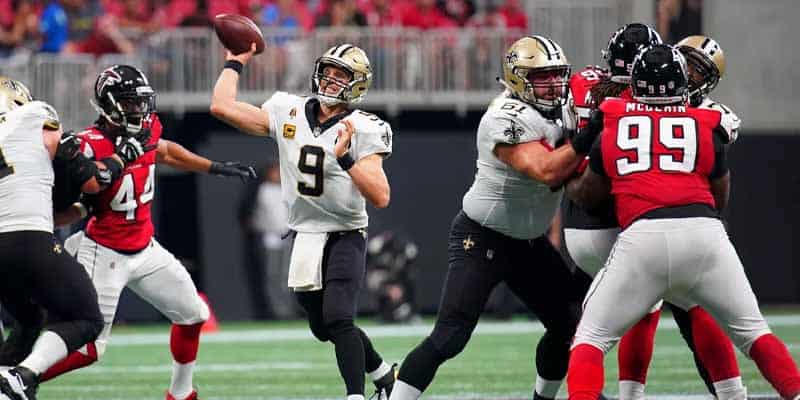 Turkey Day has not given the Falcons much to be thankful for historically.

When it was revealed in April that the two teams would play on Thanksgiving, fans of the National Football League might have expected a meaningful showdown between two NFC Championship favorites.

But leading up to the November 28 game, it appears that the Saints are the NFC’s main course while the Falcons are Aunt Delanor’s Jell-O salad hidden in the back of the fridge.

While the odds for the Thanksgiving NFL matches are not yet available, the Super Bowl LIV odds tell us plenty about what we need to know next month.

The Saints have +700 odds to win the Super Bowl this season, second only to the New England Patriots and their +275 odds.

The Falcons, however, only have +15000 chances of winning the title. These are the same odds as fellow NFC Southers Tampa Bay Buccaneers, the New York Giants, and the Tennessee Titans.

All is not completely lost for the Falcons, though. Despite starting this season 1-5, Atlanta could join the 1970 Cincinnati Bengals, 2015 Kansas City Chiefs, and 2018 Indianapolis Colts as the only teams to ever make the playoffs after starting with such a poor record.

But it won’t be easy for the Falcons, especially with their schedule leading up to Thanksgiving. Atlanta’s next three opponents are the Los Angeles Rams, Seattle Seahawks, and the Saints on November 10.

The Falcons play the Carolina Panthers and Buccaneers in consecutive weeks before taking on the Saints again on Black Friday Eve.

Going 7-9 last year, the Falcons were expected to be healthy and compete for a division title this season. Instead, the team has been as lethargic as grandpa after his third serving of turkey.

Depending on Atlanta’s next few games leading up to Thanksgiving, a loss to New Orleans on November 28 could seal their second straight sub-.500 fate.