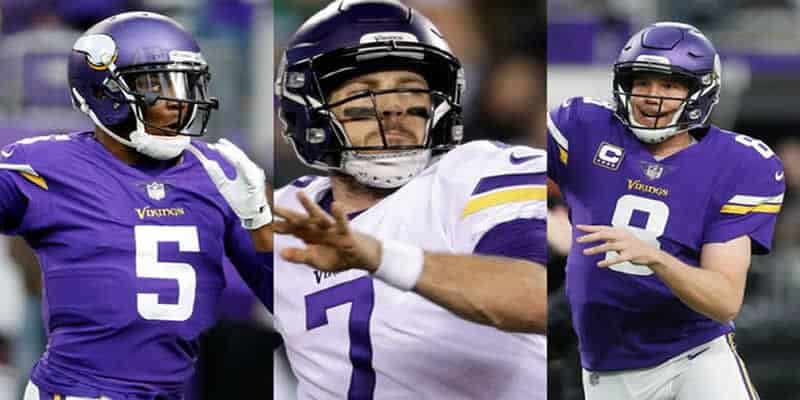 The Minnesota Vikings have been through some major injury struggles over the past few seasons. They have lost players at several key positions, but one of their biggest affected areas is at quarterback. With their Thanksgiving Day game against the Detroit Lions looming, the Vikings must make a decision regarding their starting QB soon.

Teddy Bridgewater was supposed to be the franchise player for the newly reinvigorated Vikings. He was phenomenal in college at Louisville and looked poised to have a successful career in the NFL. That all went away when he suffered a horrific knee injury in preseason last year. Bridgewater was done—out for the season. The Vikings were left scrambling and ended up with Sam Bradford, a fringe QB candidate with a couple of unsuccessful runs with other teams. Bradford ended up paying off, as the Vikings were off to one of the best starts in NFL history. They fell off a bit towards the middle point of the season and ended up not amounting to much, but they showed signs they were on the brink of becoming something great.

Enter 2017. Bradford was still at the helm as Bridgewater continued his recovery. The Vikings picked up star RB Dalvin Cook in the Draft and got franchise player Adrian Peterson off their payroll. This new Vikings team looked hungry. Then, disaster struck again as Bradford went down with a knee injury. Coach Mike Zimmer was left without options and selected another fringe candidate in Case Keenum. Keenum has proven to be a formidable solution, completing 170 passes for 11 touchdowns and 1,914 total yards. He has helped the Vikings cement their place atop the NFC North Division.

Bridgewater made headlines when it was announced he would be coming back from injury in the Week 10 game against the Washington Redskins. An emotional Bridgewater sat on the sidelines, dressed in full uniform for the first time in 14 months, thankful for this opportunity. Keenum started the game and helped lead the Vikings to 38-30 win, but Bridgewater’s return has drudged up questions on who the starter should be for the rest of the season.

When looking at this decision, you have to think short term vs. long term. The short-term solution is to keep Keenum as the starter. He is playing well and has the ability to help this team remain at the top spot in their division. The long-term solution would also be to start Keenum, because as much as you want your franchise player to be involved, you do not want to risk agitating a recovering knee. Now, Bridgewater would not be cleared to play unless he was able to, but you have to always consider the possibility that something could happen. Keenum should start in the game against the LA Rams, but perhaps Bridgewater can start for their Thanksgiving Day game against the Lions.

The odds for Thanksgiving football games are in Detroit’s favor historically, as they have won their last 3 against the Vikings since last season, but the Vikings are at the top of the NFC North for a reason. Most believe that Keenum will be the go-to guy for the next few matchups, but the Vikings are going to have to shake the dust off Bridgewater at some point, especially if they want to help him regain his confidence.