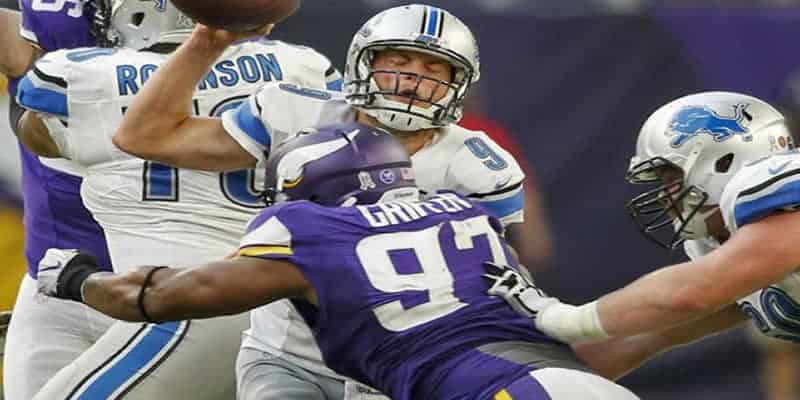 Thanksgiving football games are a part of the holiday tradition. There are plenty of games between the NFL and NCAA, with the latter providing a lot more. This year, there were a few upsets on Thanksgiving, more so in the NCAA. Check out this recap of significant upsets in both leagues.

The NFL Thanksgiving lineup consists of 3 matchups throughout the day. The first game is always in Detroit, the second game in Dallas and the third game is a matchup between random teams. The big upset of the day came with the Los Angeles Chargers blowing out the Dallas Cowboys. The Cowboys have been touted as potential Super Bowl contenders, but with the loss of RB Ezekiel Elliot due to suspension, the Cowboys appear to have fallen flat. QB Dak Prescott had a fantastic rookie season, but looked exposed in this Thanksgiving game. The Chargers defense was all over him and he threw 2 costly interceptions, including a pick-6. Prescott showed a glimmer of promise with a well-executed QB sneak to the outside, even though the play was called back due to a holding call. The Cowboys were heavily favored to win this game, but the Chargers put them in their place. As far as any postseason aspirations, the division is pretty much clinched by the Philadelphia Eagles. With the Redskins looming, Dallas may be in trouble.

The Minnesota Vikings ended their losing streak against the Detroit Lions with a decisive win over the hosts. This matchup of divisional rivals was a showcase of the NFC North. The Vikings are sitting at #1, but the Lions were favored to win for most of the season. It wasn’t until QB Case Keenum helped lead the Vikings to a 7-2 record that analysts started to consider the Vikings. Now, this win likely locks up the division for Minnesota if they can win out. Meanwhile, the Lions are left scrambling for a hopeful spot in the postseason.

This year’s Thanksgiving football fell to the NCAA in terms of excitement. College Thanksgiving football is all about rivalries. With the College Football Playoff right around the corner, Thanksgiving weekend is the chance to make their case for a shot at the title. At the beginning of the weekend, the top 4 teams were Alabama, Clemson, Miami and Oklahoma. After several upsets, the CFP bracket has changed. The first team to fall was Miami, who lost their undefeated streak against the unranked Pittsburgh. Losing to an unranked team this late in the season is an automatic-out, so Miami fans knew they would be out of contention. They dropped to #7 in the latest AP poll.

Another huge upset came with the #1 Alabama losing to Auburn in the Iron Bowl. Bama has suffered lots of injuries to key players, but they still remained undefeated up until this point. Meanwhile, Auburn is enjoying one of their best seasons in recent history. They defeated Georgia earlier this season when they were #1 and now they dethroned another #1 team. Not only did they win, but they did so in dominant fashion at 26-14. Even though the CFP is allegedly biased towards Alabama, there was no question they would be out of the top 4. They dropped down to #5 while Auburn moved up to #4. The only chance Bama has now is if Auburn loses to Georgia in the SEC Championship. For indifferent college football fans, a CFP without Alabama comes as a breath of fresh air.

How do these upsets shake things up? The Cowboys losing all but confirms the Eagles’ run into the postseason. While it was clear they would be winning the division, the Cowboys still posed the next big threat. Now, the Redskins are within striking distance for a potential Wild Card spot. The Vikings have put their stamp on the division and could be a dark horse contender in the Playoffs. As for the NCAA, with Bama and Miami out, 2 more teams are eligible for a national championship. You could make the argument that 2 more deserving teams are in, but in any case, it makes for a more interesting 2017 season.