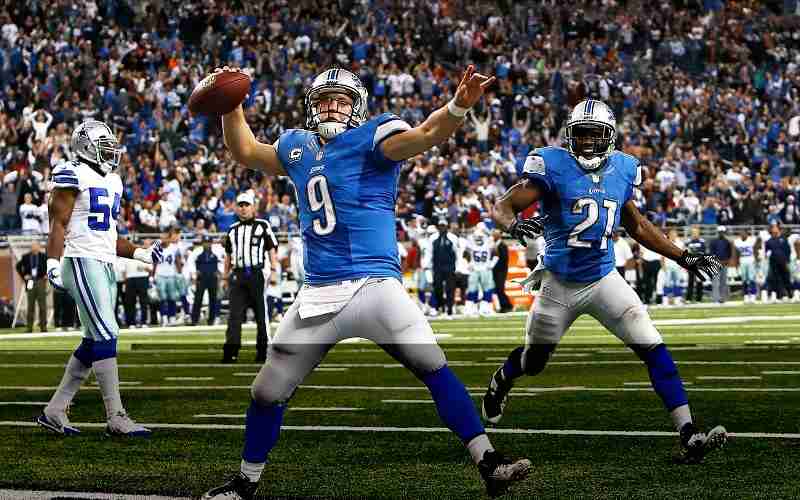 It has been a long time coming, but online sports betting sites have finally reposted their Thanksgiving Day NFL odds that have been missing for several weeks now.

The spread of COVID-19 continues to ravage the United States and cause disruptions in all walks of life. Professional sports is no exception, as many sportsbooks have decided collectively to keep Thanksgiving week game odds off the boards.

November 19 brings with it cool arctic winds and changing leave colors across the nation, and it also brings much-desired Thanksgiving NFL odds.

Although these betting lines aren’t complete – they only include the point spread and money line as of this writing – they are a relief for hungry NFL bettors who have only been able to preview pro football odds within a few days of the kickoff of each game.

Popular sportsbook MyBookie is running a Thanksgiving Day NFL promotion that offers to refund all bets made on the Houston Texans vs. Detroit Lions game up to $250 if they lose.

It’s a heck of a promotion because even if you lose your entire $250 bankroll betting on the Lions to cover, all of that money will be refunded before the kickoff of the second game on Thanksgiving.

There’s only one problem, though. Odds for the first game are currently being withheld, either due to the difficulty that oddsmakers are having creating the line, or some other unknown factor.

Basically, if you lose your first bet of Thanksgiving Day, then your refunded total, up to $250, will be bank in your online bankroll with plenty of time left over to place a bet on the Dallas Cowboys.

Speaking of the Cowboys, they are favored to beat the Washington Football Team by one point, even though they were trounced by them by a score of 25-3 on October 25th.

If Washington can manage to win the game, they’ll have four wins under their belt and will be in a decent position to push for the NFC East title at the end of the year. Despite their pathetic record of 3-7, they are actually still competing for the 2020-21 NFL Playoffs, and have plenty of reason to play hard for the rest of the season.

Two teams that are guaranteed to play hard each and every year are the Baltimore Ravens and the Pittsburgh Steelers. This AFC North rivalry is the fiercest in football, regardless of level, and always provides for vicious hits and impacts to the NFL playoff bracket seeding.

The Steelers are favored to win by at least 2 points and continue on their unbeaten streak, assuming they can defeat the Jacksonville Jaguars this weekend.

Although the Jaguars would appear to be no match for Pittsburgh on paper, NFL contests feature loads of parity, which offers intrigue to viewing audiences and bettors alike.

Thanksgiving’s slate of NFL games should be no different, and with a little bit of luck and patience, we’ll have more betting odds and prop bets any day now.