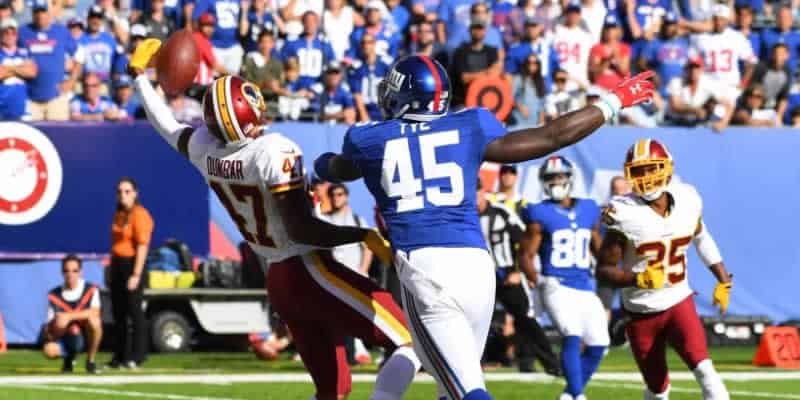 Thanksgiving is finally hear and that means fans have a ton of Thanksgiving football games to bet on. Whether you are fan of the NFL, NCAA or both, there is plenty of football action over the course of the entire weekend. This article will cover the NFL games and major NCAA games taking place, providing insight into how you should bet.

The first NFL game on Thanksgiving Day is the Minnesota Vikings at the Detroit Lions. The Lions play host every year, and this year’s fixture is a matchup of the top 2 teams in the NFC North. The Vikings are the stronger team going in, but they have suffered a few key injuries. Starting RB Dalvin Cook will be out due to an ACL injury. The Vikings’ QB situation is a bit of a question mark as well, with franchise QB Teddy Bridgewater eligible to play after returning from injury. Case Keenum has been playing well, so he will likely be the starter. The Lions will be without Haloti Ngata, one of the best defensive players in the league, and his absence has already been well noted. Since his departure in Week 5 after a bicep injury, the Lions have allowed more than 100 rushing yards per game. Even though Cook is missing, the Vikings have backups Jerick McKinnon and Latavius Murray to make up the running game. Detroit has won their last 3 matchups against the Vikings, but Minnesota has the momentum.

This matchup is all Cowboys. Dallas was one of the best teams in the league last season. Rookie QB Dak Prescott and rookie RB Ezekiel Elliot had breakout seasons. Meanwhile, the Chargers have been irrelevant for years now. Dallas will be without Elliot, as he will be serving a 6-game suspension. The Cowboys still have Latavius Murray, but they are undeniably better with Elliot running the backfield. If the Cowboys want to move up the NFC East, they will need to win this game. Expect the Cowboys to win on their home turf.

The third game of the day will likely be the least entertaining. The Giants are 1-8 right now. Their coaching situation is a problem, they are missing their best player in Odell Beckham Jr. and they can’t get any sort of chemistry going. The Redskins haven’t exactly been playing well, but they have more than enough to secure a win in this game. They will be without Jordan Reed, but still, if the Redskins manage to lose this game, they will need to make some serious adjustments.

At this point in the NCAA football season, it is all about the CFP. The window is closing for teams to jump the rankings, so they all must take advantage of the remaining games to justify their place in the CFP to the Selection Committee. The current rankings have Alabama, Clemson, Miami and Oklahoma going to the Playoffs. We’ll cover these teams, along with a couple other sleepers that could pull off an upset. Outside of Alabama, each of the current CFP teams have an easy opportunity for a win.

‘The Iron Bowl’ is one of the best games in all of college football. This in-state rivalry is often more important to local fans than the actual championship. The Crimson Tide are looking to make up for losing the championship to Clemson last season and they will likely not let Auburn stand in their way. Alabama has been the stronger team this season, which is remarkable considering they have made so many injuries to their offensive line. Still, Bama has shown once again why they are the best team in the country. Expect QB Jalen Hurts and Co. to beat the Tigers, but it will certainly not be a blowout.

The defending champions must beat the Gamecocks if they are to hold on to their top 4 spot. Many already believe that Clemson has not done enough to justify their ranking, so a victory over USC would help silence the doubters. It is no secret that Clemson is weaker than they were last season, but they should have enough to beat the Gamecocks. USC is second in the SEC East, but Clemson is a stronger team than their divisional competition (outside of Georgia). If Clemson loses, they will be lose their chance to repeat as champions.

Miami has been one of the best stories out of this NCAA season. Analysts are drawing comparisons to the Miami dynasties of old, and this current team is certainly showing why. They have managed to go undefeated and blew out Notre Dame, a team that was expected to reach the CFP. Miami have the momentum to carry them through a weak Pittsburgh team. They should walk away from this one ready to go into the CFP.

The Oklahoma Sooners have arguably been the most exciting team in college football this season. QB Baker Mayfield is a potential Heisman-winner and they have finally moved up the rankings into CFP territory. The Mountaineers have not been playing too well, so the Sooners should make quick work of them. This may turn out to be another blowout for the Sooners.

Wisconsin is a team to watch Thanksgiving weekend. The Badgers have been fantastic this season, and some believe they have a case for the Playoffs. They are close in the rankings, so any slip up from the top 4 teams could see them pushed into contention. Minnesota is a weak team, so the Badgers can claim a win in a last-ditch effort to sneak into the CFP.

The Bulldogs looked set for the Playoffs until they got blown out by Auburn. Still, Kirby Smart’s team could make up for it with a win over state rivals Georgia Tech. The Yellow Jackets have not done much in the ACC, and Georgia is the best team in the SEC East. The Bulldogs may have lost their chance with that Auburn loss, but a win over Georgia Tech would certainly help their case.