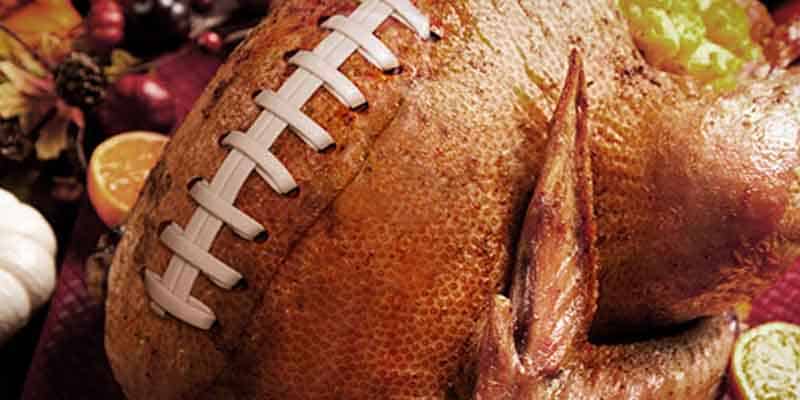 These football betting lines just came out of the oven.

But it’s up to you whether to bet on the action while it’s hot or to let the lines cool off for a bit.

On Monday, oddsmakers set the betting lines for each of the Thanksgiving Day NFL matchups. All lines are courtesy of Bovada.

For the first game, the Chicago Bears (7-3) opened as a 3.5-point favorite on the road against Detroit Lions (4-6) with the Over/Under set at 45.0 total points scored.

The Bears are coming off dominate defensive effort on Sunday Night Football against the Minnesota Vikings led by the return of defensive end Khalil Mack and getting a pick six from defensive back Eddie Jackson midway through the 4th quarter.

On Sunday, the Lions won by one point at home against the Carolina Panthers after Cam Newton’s pass sailed over Jarius Wright and fell incomplete during a two-point conversion in the final minute of the game.

In the afternoon matchup, the Dallas Cowboys (5-5) are an 8-point favorite at home against the Washington Redskins (6-4). Over/under is set at 40.5 total points scored.

Redskins starting quarterback Alex Smith broke bones in his right leg in the 3rd quarter against the Houston Texans, ending his season as a result. The Redskins would go on to lose the game 23-21 to the Texans.

The Cowboys gave up a 10-point lead in the 4th quarter before beating the Falcons in Atlanta on a game-winning 42-yard field goal by Brett Maher as time expired.

While the Falcons came up just short against the Cowboys, the Saints blew out their second opponent in a row after dominating the Philadelphia Eagles in a 48-7 win at home over the defending Super Bowl champion.