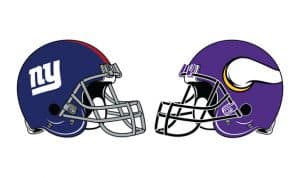 The NFL is a tough league where players are injured throughout the season. An injury can drastically alter the course of a team regarding their season and their value in sports betting. 2 of the teams slated for NFL Thanksgiving football action suffered key losses that could affect their season and the odds for their Turkey Day outings.

The New York Giants lost star WR Odell Beckham Jr. to a broken ankle in their last game against the Los Angeles Chargers. Beckham is undoubtedly the best receiver on the team and the focal point of their entire offense. The Giants were off to a slow start with him nursing a sprained ankle, and now the team is 0-5 in the NFC East, one of the worst starts in the league’s history, without their best player. On top of Beckham’s loss, the Giants lost another 3 wide receivers in Sterling Shepard, Brandon Marshall and Dwayne Harris in the second half due to injuries.

The Giants appear to be blowing up internally, holding their most recent practice without 9 starters. It is also reported that CB Dominique Rodgers-Cromartie has been suspended after an altercation with head coach Ben McAdoo. Cromartie is supposed to be returning soon, but it seems that something is bubbling beneath the surface in the Giants camp. When things are bad off the field, it translates to poor play on the field.

Things aren’t much better with the passing or rushing situation either. QB Eli Manning has already thrown 5 interceptions and is averaging 6 yards a pass. Leading rusher Orleans Darkwa has only amassed 122 total yards on 21 attempts. Their defense is playing bad, allowing a total of 10 passing touchdowns 5 games into the season when they only allowed 15 all season long last year. With so much adversity and drama plaguing the Giants, it is unsure whether they will be able to salvage their season. Coach McAdoo may not be there the whole year if this keeps up.

While not as dramatic, the Vikings lost star RB Dalvin Cook for the rest of the season to a torn ACL. The former FSU star was enjoying a strong rookie season, drawing comparisons to former Viking Adrian Peterson, before his injury. Cook is not the only major injury on the roster, with starters QB Sam Bradford (knee), WR Stefon Diggs (groin), LG Nick Easton (calf), S Andrew Sendejo and DT Tom Johnson missing practice.

Injuries like these affect the odds of all the games, including the upcoming football games on Thanksgiving Day. Players like Cook and Beckham Jr. are out for the season, but there is potential for other key players to come back through proper rest and rehabilitation. As Thanksgiving draws nearer, the odds will shift depending on how things go with team injuries. Be sure to keep an eye out as the season progresses.