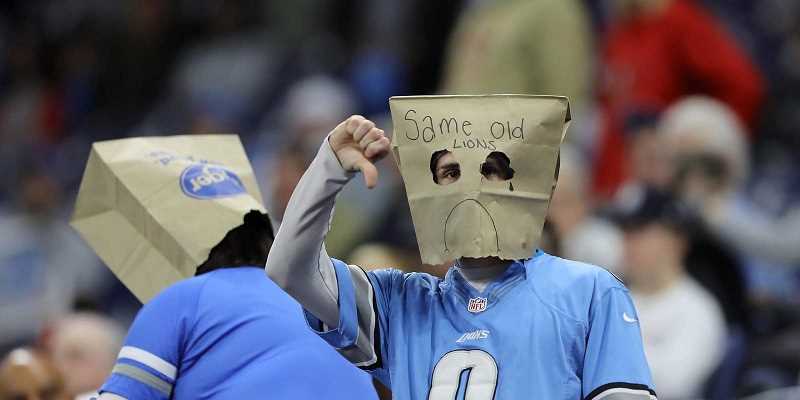 Should the league consider dumping the Detroit Lions as a host of one of the NFL games on Thanksgiving Day?

While it may sound sacrilege to some to suggest that the Lions be removed from the Thanksgiving Day NFL broadcast schedule, considering how awful they’ve been during the Super Bowl Era, perhaps it is time to dump Detroit.

To some, Detroit Lions football on Thanksgiving is as crucial an ingredient as cranberry sauce. To others, NFL Football is a huge component of the holiday, and better pro football matchups with more on the line is desired.

Is it time that the NFL step in an consider rotating out the teams that participate in the first game on Thanksgiving Day?

On Thanksgiving Eve of 2006, the league began airing Thursday Night Football games on the NFL Network which continued broadcasting for the final weeks of the season, promoting It as a run to the playoffs.

The NFL parlayed the success of TNF on Thanksgiving and began airing a game each week over the course of the entire 17-week season, with broadcast rights now resting with the major networks.

The tradition set by the Thursday Night Football game on Thanksgiving is no tradition at all. The teams that are involved change each year, but the matchup is almost always the juiciest of the day, and that’s all due to the historic participation of the Lions and the Dallas Cowboys.

Although Dallas has not sniffed a championship since their last title in 1995-1996, they are still “America’s Team,” and command impressive television ratings each time they are featured nationally.

The same cannot be said for Detroit. They have no track record for success in recent memory, and have not made it to a Super Bowl despite being one of the oldest NFL teams in existence.

The city of Detroit has fallen on hard times itself, but regardless of their NFL team’s lack of success and the region’s economic downturn, the Lions have continued to have the support of a rabid fanbase that is desperate for a championship.

Unfortunately, their fans do not make up enough of a market share to keep the Detroit Lions on Thanksgiving airwaves any longer.

Sportsbooks are offering promotions for the Lions game in an effort to draw additional interest, but the following two games have playoff implications, and will likely take more action at the betting window.

The Lions are favored to lose to a Houston Texans team that is currently sporting a record of 3-7 and is no position to pursue the NFL postseason.

There’s literally no intrigue offered by the game other than the NFL betting odds that it affords and the distraction that it provides from mundane familial conversations.

Imagine a Thanksgiving afternoon where the NFL had the ability to swap out the Lions game for a sexier week 12 matchup like the Kansas City Chiefs at the Tampa Bay Buccaneers or the Tennessee Titans at the Indianapolis Colts?

Perhaps it is indeed time to buck the holiday traditional of featuring a Detroit Lions game on Thanksgiving Day and give the NFL fans what they deserve, which is nothing less than a large dollop of quality professional football with relevant teams at play.