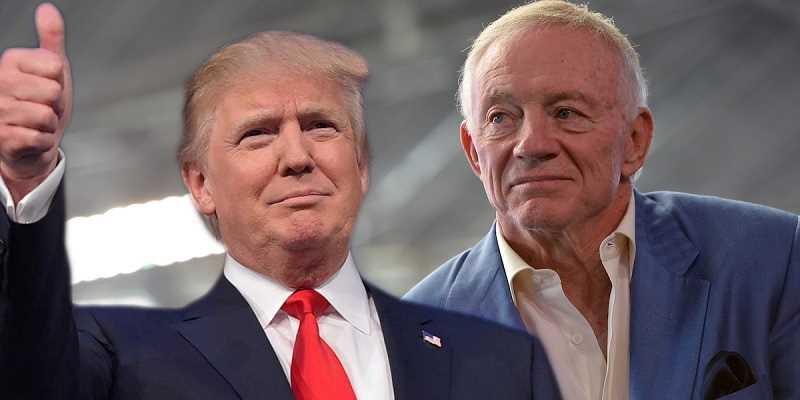 The Dallas Cowboys have a record of 9-4 when playing games on Thanksgiving Day during election years.

On this 2020 election day, we’re deep-diving into the data to see if there’s anything we can glean to give us an edge in the Thanksgiving Day NFL game between the Cowboys and the Washington Football Team.

Five of Dallas’ nine election year wins came after a Republican was elected to the White House. Other items we can cull from this data include:

If the above patterns apply to 2020, then we can assume that a Trump win will also predict a victory for the Cowboys on Thanksgiving Day.

During years when the DNC won the Presidential election, the Cowboys are 4-1, with the only loss coming during Barack Obama’s second win in 2012.

Of the data we’ve compiled, the Cowboys record following a DNC victory provides the most guidance for betting on Thanksgiving Day NFL games. Bet on the Dallas Cowboys if Biden wins.

Since this topic was particularly entertaining around the office water cooler, the writing staff here at Thanksgiving Football Games put our heads together to see if there were any other interesting aspects that could connect the NFL betting odds and past Presidential election results.

Here’s some of those highlights.

The Houston Oilers defeated the Cowboys in 1988 when George H.W. Bush defeated Michael Dukakis, but in 1992, he lost his reelection bid to Bill Clinton when Dallas crushed the New York Giants.

Using this data, we can assume that since Dallas won in 2016, a Democratic candidate (Biden) defeating a Republican attempting to win a reelection bid (Trump) will predict a Washington Football Team victory.

On three occasions, a Dallas win has followed a victory by a Presidential candidate seeking a second term. Therefore, if Trump wins, we can expect Dallas to win.

Full disclosure: We opted to not test the results against the Detroit Lions Thanksgiving Day odds due to their lackluster history, not just on turkey day, but in general. That said, using the Dallas Cowboys as our guinea pig has skewed the data a bit due to their historic success.

So, when we say, “Hey! Bet on the Cowboys on Thanksgiving!” it isn’t exactly a game-changing revelation to the football betting world. They’ve compiled a record of 31-20-1 record for Thanksgiving Day games, so they win more often than not.

Ultimately, these comparisons were an attempt to have some fun with today’s Presidential election between Trump and Biden, which is what sports betting is all about – fun!