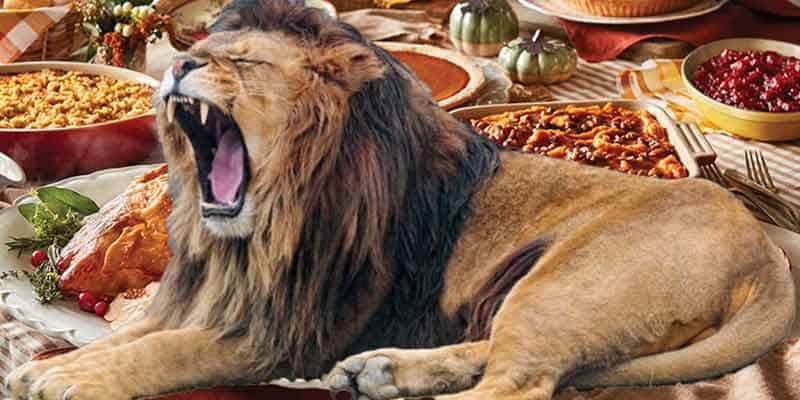 Another week of the 2021-22 NFL season is about to conclude, and the lowly Detroit Lions have dropped another game, threatening to keep their winless campaign intact for Thanksgiving Thursday.

Their latest blunder, a 44-6 slacking dished up by the mediocre Philadephia Eagles, brings their 2021-22 season tally to a dismal 0-8.

A look at the below list of teams remaining on the Lions schedule doesn’t offer up many turkeys, but there is some considerable holiday coin that can be earned by correctly selecting the first team to fall to Detroit this season.

Betting on the Detroit Lions will have to wait until Week 10 as they are on the bye next weekend and could use the rest. By the time the Chicago Bears make it to Detroit for their Week 12 Thanksgiving game, attendance could be lacking.

Home attendance at Ford Field has reportedly dipped below 50,000 fans for the first time in history, and another two losses against the Pittsburgh Steelers and the Cleveland Browns could create an embarrassing scenario for the NFL’s Thanksgiving Day broadcast.

Imagine the first game on Thanksgiving featuring fans in the stadium that are akin to fleas on the beach, and then top that off with the Bears blowing out the Lions to a chorus of boo-birds.

The NFL should have stepped in at least a decade ago and opted for sanity over tradition in regard to the Detroit Lions’ annual inclusion over on the November Thanksgiving NFL schedule of games.

Several NFL betting sites were at least having some fun with the notion of the Lions going winless, with most predicting that the Eagles would be the first to lose to Detroit this year.

The Chicago Bears would have been the next in line with the moneyline closest to even, but the odds have been removed from the board and are no longer receiving action at the moment.

We’ve actually spotted NFL props that suggest the Houston Texans will finish with a worse regular-season record than the Lions, but they’ve already won a game.

While Detroit appeared competitive early on this year, their roster may have thrown in the towel if yesterday’s performance is any barometer of their current effort

In lighter news, betting on the Dallas Cowboys this Thanksgiving will be sure to light up activity on the boards at online sportsbooks once the Lions game is over.

They won a close game last night to squeak by the Minnesota Vikings with their backup quarterback, advancing to a record of 6-1 and taking a commanding lead in the NFC East.

Unlike Ford Field, AT&T Stadium is expected to be jam-packed full of rowdy Cowboys fans this November 25th, and we’re expecting betting lines to appear for the day’s three games any minute now. Stay tuned.