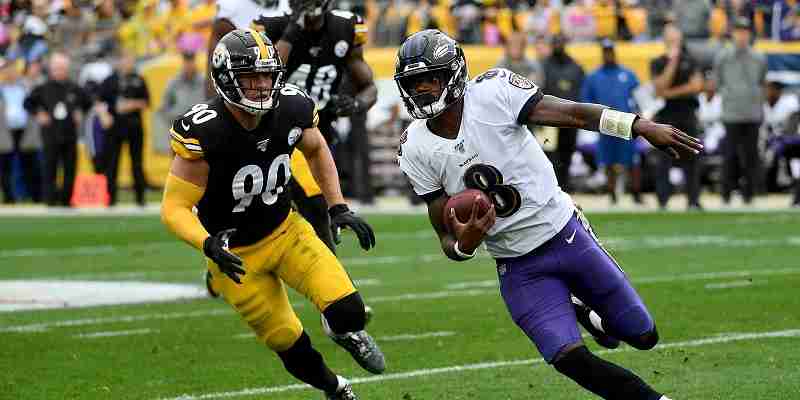 Thanksgiving is just over six weeks away and we can already smell the turkey roasting and the gravy simmering on the stovetop, but with COVID-19 forcing the NFL to extensively alter their schedule, could their slate of holiday games be in peril?

The 2020-21 NFL season was proceeding without incident until the Tennessee Titans and the New England Patriots experienced Coronavirus infections among their players and/or staff.

As a result, the NFL has postponed games and has also had to alter games later in the season, which has caused a butterfly effect on the 2020-21 schedule. We’ve previewed the contests occurring on November 26th, but now those games could be in jeopardy.

At the beginning of the season, NFL betting sites featured lines on all seventeen weeks of the 2020-21 season schedule. Sportsbooks prefer to leave these lines up for the entire year to allow them to collect action until the game begins.

These odds are updated each week to reflect the progress of each team and can offer bettors an advantage if they can correctly predict results several weeks ahead.

NFL sportsbooks have had to remove all future game lines, including odds on their Thanksgiving games, because the schedule is in a state of constant viral-related flux.

It is the goal of oddsmakers to produce attractive game lines that will attract the attention of people that are interested in betting on NFL games, but time is also money, and they are not keen to waste it posting odds on contests that may not occur.

The league will do everything in its power to keep the Thanksgiving Day games intact and unaffected, and it is refreshing to see the amount of preparation the NFL has gone through to get ready for these rescheduling scenarios, but if their occurrence were a certainty, there’d be betting odds on the board right now.

Here are the NFL’s Week 12 games that are currently scheduled to air on November 26th.

There’s no need to worry about whether there’ll be pro football on the television while at the in-laws, the NFL has got you covered. Games will occur, and they will be televised.

There is the real possibility that the teams involved could change if the Coronavirus continues to muddle up the remainder of the 2020-21 season schedule.

Let’s be real here. We could care less if the first two games are outright rescheduled. Washington vs. the Dallas Cowboys could have NFC East playoff implications attached, but it is hardly a juicy matchup.

There’s a chance that the Houston Texans or the Detroit Lions could be still be relevant in week twelve, but we doubt it.

Both the Lions and Cowboys host home games on Thanksgiving every year, so if any schedule changes are made, it will likely involve the Texans or Washington having to make an adjustment.

We’re mostly worried about the Pittsburgh Steelers and Baltimore Ravens game that is scheduled to close out the evening. This AFC North rivalry always features hard hits and passionate play, and is the perfect way to close out the Thanksgiving holiday.

At such a late juncture in the season, the AFC North title could be on the line, and we can’t think of a better way to digest belly full of culinary goodness than betting on which team will be victorious.

Normally, we’d suggest making your way to an offshore sportsbook and placing a wager on the Thanksgiving NFL games now, but unfortunately, you may have to wait until the week of the game to lay any action on them.